“Curb Your Enthusiasm” actor Jeff Garlin spent two nights in the Van Nuys jail before being released on June 17, 2013, following an arrest on felony vandalism charges in Studio City when windows were broken in a Mercedes during a dispute over a parking space. (AP file photo/Peter Kramer)
STUDIO CITY — Actor Jeff Garlin, arrested in Studio City on suspicion of felony vandalism in a dispute with another motorist over a parking space, posted bail and was released today, according to the Los Angeles County Sheriff’s Department.
The 51-year-old “Curb Your Enthusiasm” actor was arrested at 3 p.m. Saturday and spent two nights in jail in Van Nuys before posting $20,000 bail, according to the sheriff’s jail website. He was released at 7:30 a.m.

Los Angeles police Sgt. William Mann of the North Hollywood Station said Garlin was in a dispute with another motorist. TMZ.com reported Garlin smashed the windows of the other person’s Mercedes-Benz.

No charges have yet been filed, but the City Attorney’s Office is expected to review the case, indicating that Garlin may be charged with a misdemeanor offense.

The actor is due in Van Nuys Municipal Court on July 11. 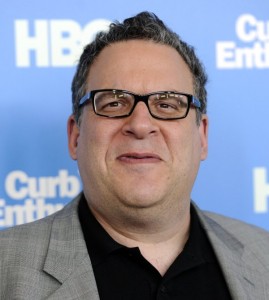