The man suspected of a shooting rampage that left six people dead and shattered the calm of Santa Monica, Calif., allegedly began his spree of violence by killing his father and brother, and then setting their home on fire, a law enforcement source told ABC News. 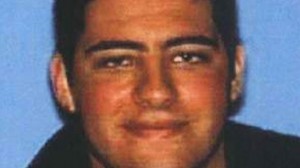 The alleged gunman, identified by police sources as John Samir Zawahri, was wearing all black clothing, a load-bearing vest, and was armed with an AR-15 assault rifle during his rampage Friday, the source said.

Following the alleged arson of his father’s home, Zawahri fled on foot into the streets of Santa Monica. As he fled, he allegedly attempted to carjack two vehicles and indiscriminately fired on unarmed civilians and vehicles, the source said.

Zawahri then tried to evade police by entering the Santa Monica College campus, but he ended up cornered inside of its library, and was killed in a shootout, police said.

He allegedly had at least 20 loaded high capacity .223 caliber magazines, 1,800 rounds of ammunition, a six shot .44 caliber revolver, knee pads and a black duffel bag, according to the Santa Monica Police Department.
A young woman who had just enrolled at Santa Monica College critically injured in the violence Friday died today, bringing the death toll to five, not including the alleged shooter.

Marcela Franco, 26, was in an SUV with her father, Carlos, 68, a longtime college employee, when the gunman came on the campus. He opened fire on the car the Francos were driving in, spraying it with bullets and killing Carlos Franco.

The vehicle crashed into a wall, criticially injuring Marcela, who died this morning at Ronald Reagan UCLA Medical Center with her family by her side, according to a statement from the school.

“Our deepest sympathies go to the Franco family,” college president Chui L. Tsang said in an email today. “At the appropriate time, the College will convene a campus-wide memorial.”

Marcela Franco had registered to attend classes at Santa Monica College this summer, Tsang said in the email.

Carlos Franco, who was a longtime groundskeeper at the college, “was very well liked and very respected,” Santa Monica Police Chief Albert Vasquez said in a news conference today.

Arezou Zakarai, who was in the library at the time of the shootings, told ABC News she was happy to be alive after the chilling ordeal.

“Three girls ran into the library yelling, ‘There’s a shooter! He has a gun! Help! Oh no!’” she said. “I got under a table and then there were three consecutive shots.”

Vasquez said that a vigil would taken place during Tuesday’s regularly scheduled graduation ceremony in light of the shootings.

In addition to the dead, at least five people were injured, police said.

The campus was expected to reopen Monday morning at 7 a.m.